I needed to pop into town yesterday, and obviously, when MAC is near, and Boots started calling, I cannot resist!

Boots are having a buy one get one half price on make up at the moment. I needed a new mascara, and I always hear good things about the Maybelline mascaras. I picked up the Rocket Mascara. I also wanted to try the Maybelline Brow Drama, so I picked that up too. It's basically a tinted brow mascara, and after using it this morning, I can tell this is going to become a staple in my make up bag. 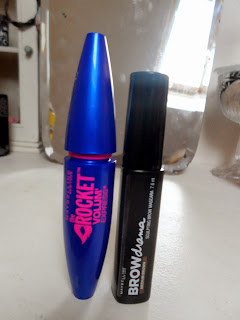 I also had a voucher for £5 off No7 skincare. I always spot this eye make up remover, and I am having trouble removing my eye liner recently, so I thought this would be a good buy. With the voucher this was £3.50. I used it last night, and it seems really good so far! I love the way it looks, with half blue, half clear liquid that you shake before you use. I have known for a while now that I want to try primers. However, firstly I don't have the money, and secondly, the only one I have ever tried (a sample of Benefit Porefessional) make my skin quite dry. So, I picked up the Nivea Express Hydration Primer. It was around £3.50, as there was a £1 off offer! 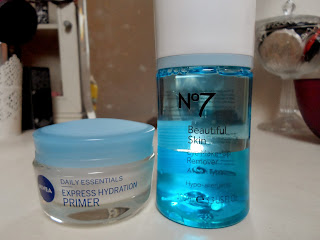 Obviously being back in Birmingham means being near Selfridges, which means being near MAC. Woo! I had a few on my list (Plumful and Rebel) but when I swatched them I was less impressed than I thought. I then picked up Speak Louder, and realised how gorgeous it is! So, after comparing it to Girl About Town (my other MAC pink) and realising they are very different, I bought it :) 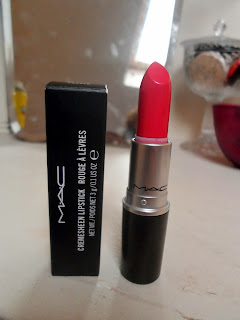 I should probably stop buying things now and buy books for uni. Hmm...

Hope you're all having a nice day :)

Kelly
I'm a 20 year old psychology student who is becoming ever obsessed with make up and beauty, and things that just generally make my face look more acceptable! Hope you enjoy my blog..